The day was a little cloudy but after the rain on Friday night I thought the outing was going to be called off but it turned out fine and the birding not too shabby! Of interest was a sub adult Diderick Cuckoo showing a lot of green plumage and the white stripe behind the eye but the bill was still bright red. We also had Yellow billed kites gathering in the sky and on the trees preparing for their migration – at one stage there must have been between 40/50 kites in the sky. We saw the YBK’s again later in the day but not so many the second time. We were also lucky to see a Willow Warbler – maybe the last one of the summer – thanks to Sandi’s good spotting and ID. Sightings of note were a pair of Lanner Falcons + juvenile, Crowned and Fish eagles, Common Buzzard, plus the resident Orange Breasted Bush Shrike in the trees by the road leading to the office. 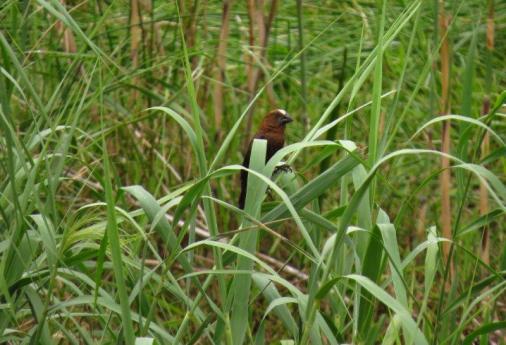 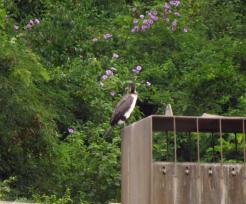