On the spur of the moment Sally and I decided we needed a break and went to Mkuze  for 5 nights.

As we arrived we noticed puddles on the road – it had obviously been raining – tho the reserve needs much more.

Renovations are being done on all the hides. They look quite smart but won’t be entirely finished until the loos are built in kwaMalibala, kuMahlahla and kuMasinga hides. Each hide now has an entrance into a fenced off open area before entering the tunnel to the hide. The first is a fenced off area with a concrete walkway to the tunnel entrance to the hide. Nice to be in the first area and being able to walk round and see what may be about outside.

kuMasinga and kwaMalibala hides were closed – however the office gave us permission to enter.

kuMasinga hide is as it always was – but now the area where the Pink-throated Twinspots usually are found is part of the fenced off area – which means one can explore in the bush without fear of bumping into an elephant or rhino.

We only saw a few Red-billed Oxpeckers as we drove arount the Reserve – where had they all gone? We soon found out at kuMasinga Hide. There they all seemed to be waiting for lunch. As the different animals arrived for a drink they all appeared to descend on their backs, legs, ears, noses, underneath with as many as 20 on one animal.

kwaMalibala hide has very little water – waiting for the rains but it always seems to have different birds which frequent it – Namaqua Doves come particularly to mind.

kuMahlahla Hide had a bit of water and proved to be the best hide on this visit.  A Crowned Eagle (with a very full crop) came for water and kept the rest of the birds on their toes.

An African Pygmy Kingfisher sat quietly in the tree right beside the right side of the hide for ages.

A young African Goshawk also came in for a bath and hung around for a while.

A Slender Mongoose had a playful time with a pair of Egyptian Geese – running up to the Geese and being chased back. It was hilarious to watch.

An old elephant with ragged ears, in musth, sauntered in and out for a drink disturbing the buck who were waiting to get a drink too. On his way out of the mud his back legs sank sharply and he was thrown off balance getting out somehow managing to stay upright.

Some of the other species seen at kuMahlahla Hide:

As my sister and her husband were using the trailer up in the Kruger, we stayed in one of the huts. At R240 each less 30% discount this was not much more than camping. We were in hut 4 – Mziki – and the Lesser Striped Swallows were in abundance tending their nests under the eaves.

Our days were spent driving around the reserve atlassing as we went. We actually saw a pair of White-backed Vultures on a nest and another and another perched in a different location. Some were seen flying overhead but not many.

Nsumo Pan is full and although we saw quite a lot there including an African Openbill, we were hounded by strong winds and overcast weather which made it a little unpleasant in the hides.

At the picnic site on Nsumo Pan we bumped into Themba Mthembu. He used our scope and found African Pygmy Geese in the absolute distance. How he saw them we attributed to young eyes. It is the first time I have seen them in Mkuze.

On our first afternoon drive we came across a raptor which we are unsure as to its ID. We saw it at the end of the tar to the Loop road where there is an old Wahlberg’s Eagles’ nest. The unusual part of the bird is its pale crest/crown. We believe it is a Wahlberg’s Eagle but await your comments.

One of the things we noticed was that much of the big game was not to be seen. Of the Big 5 we only saw elephants – a heard of 20 on the opposite side of Nsumo Pan and a male in musth at kuMahlahla Hide. Not one Rhino perhaps because most were taken to St Lucia/Isimangaliso for safe keeping and because of the draught.

On one of the days we decided to head down to St Lucia to try our luck to see the Gull-billed and Sooty Terns as well as the Eurasian Oystercatcher. The Mkhuze gate only opened at 06h00 so we were unable to get to St Lucia before 07h45.

Perhaps that is why we lucked out except for the Sooty Tern. We spent over four hours on the beach and estuary. Unfortunately we had to get back to Mkuze before the gate closed at 18h00 so were were unable to check the birds coming in for the evening roost.

The mouth of the estuary has changed drastically. It now encompasses a huge lagoon. The hillside opposite the Ski Boat Club has gone – some 60 million tons of sand have been moved and the Umfolozi River is flowing into the lake at a pace – especially with all the rains further up-river. Here are some photos of what the estuary looks like now after the sand removal – in particular the hill opposite the ski boat club that has been removed.

And the beach beyond the boardwalk has also seen some changes – all the Casuarina trees have gone as well as the beach loo and shower building.

As usual the estuary was full of interesting birds: a pair of Saddle-billed Storks at the mouth of the Umfolozi coming into the lagoon/estuary. Goliath Herons, Pink-backed Pelicans, Yellow-billed Storks, Western Osprey, Avocets, Bar-tailed Godwits, African Spoonbills to name a few. All easily seen.

Seen in the estuary – a rather upside down dead Basking Shark.

On Friday when we left Mkuze we headed back to St Lucia to try our luck again – ever hopeful of finding the Eurasian Oystercatcher as we had received a report to tell us it had been seen that morning. We arrived in the rain – more like heavy gusty squalls. Very unpleasant to wander around in.

Time was spent at the start of the boardwalk with the scope on the estuary – close enough to the car to retreat into, as each squall arrived. In the end we drove round to the St Lucia beaches and manage to get a quick look up and down the shore line – nothing.

As the rain got harder and the winds stronger, we returned to the chalet we were booked into in the hope that the weather in the morning would be kind to us. It was.

First we search the estuary mouth and coast line. Then we walked down the beach almost to Mapelane. Back again to the estuary to check the Terns again, getting mud stuck to our shoes so that we felt a few inches taller. No Oystercatchers, Gull-billed or Sooty Terns. Mid day we gave up and headed home as the rains persisted.

That is birding. Anyway we did have a bird count of 152 species in Mkuze  – click here to see our list. St Lucia birds were plentiful but we did not make a list as we were focused on finding the specials – however this is one of our favourite birding areas.

We usually stay in Sugarloaf campsite close to the boardwalk. Birding in the camp is excellent, then you have the waterbirds in the estuary, sea birds, the Gwalagwala trail, Eastern and Western Shores of Isimangaliso are next door and if you have time and the energy then the Umfolozi/Hluhluwe NR is an hour away.

Perhaps we shall venture there again soon to try our luck. 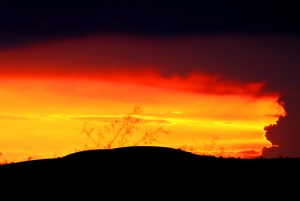